The Dangers of Creosote in your Chimney

We work hard to make sure that our homes are safe. If there are toddlers in the house, parents put child-proof gates in front of steps, door lockers on cabinet doors, and plastic plug-in covers over outlets. Everyone knows to keep ant poison out of the way of food preparation. Loose steps get fixed and mold is quickly taken care of. Unfortunately, your chimney can hold a hidden danger as well, one that isn?t so easily seen or cleaned. That?s why it?s so important to call in the professionals once a year to inspect your chimney, 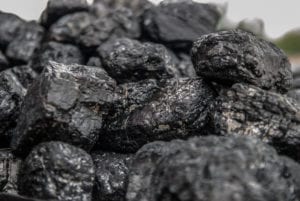 repair any necessary trouble spots, and clean it out before the next burning season starts. Now that cooler weather is just around the corner, it?s time to give Jiminy Chimney Masonry and Repair a call and let our professional, CSIA certified staff come in and make sure that your chimney is clean and in great working condition so that your family?s health and safety are protected.

When we inspect your chimney, we?ll be looking for repairs and making sure all the components of your chimney and fireplace are working the way they should be. One of the main things we?ll be looking for is creosote build-up. If you?ve noticed that there?s a nasty smell coming from your chimney, especially on hot, humid days when the warm air blows in, there?s a good chance that you have an abundance of creosote in your chimney. The fact that it smells nasty isn?t the biggest problem, however. Creosote is a dangerous substance that can threaten your home and your family, and it?s important that it is removed before you start using your fireplace again.

When you use your fireplace, smoke is formed. There is hidden moisture in the wood that you are burning, even if you have gone to the trouble of making sure it?s been cured for the recommended period of time. That moisture, along with some dangerous chemicals, is released in the form of smoke, which rises up the chimney and out into the open air. This is a great system because it gets the smoke and other substances out of your house. But not all the smoke disappears. Some of it condenses onto the cool interior of your chimney, forming a layer of a substance called creosote. As stated, this substance can have a bad smell, but it is also highly flammable. Even as little as an eighth of an inch is enough to cause a chimney fire if it happens to catch a spark. Even if the fire isn?t noticed and burns out on its own, chimney damage may have occurred that could be opening your home up to chemicals being reintroduced into your home rather than directed out of the chimney.

If you?re worried that your chimney has a creosote build-up, there?s still plenty of time to call us at 847-893-0063. We can be at your home taking out creosote before the fire-burning season begins.